In December of 2016, I made a cardboard model of a man I had painted many times.
I wondered what would change by taking him off the canvas and standing him in the real world.
It never occurred to me to model him with clay or carve him, and I certainly wasn’t going to start casting. I think of myself as a painter and thought of this experiment as one that addressed thoughts I had about painting. It had nothing to do with any thoughts about sculpture because I didn’t have any. Perhaps, for this reason, I took it for granted that he would be folded from paper or card and that he was more a surface than a volume, more a shaped canvas than anything else. He was always, and importantly, a bit flat.
So, I set about cutting and scoring and gluing card until I had him standing on the table.
I was surprised by the result. He was occupying real space and, as far as my early
question was concerned, what would change? it seemed to me that a lot had. At the very least the little guy opened up some possibilities which, in the two years since then, I have begun to explore.
This site contains some of the results.

Without wanting to get hung up on definitions, I’ve never been quite sure how to characterise these things. It wouldn’t be wrong to call them sculptures  – I do, and list them as such here – but I still tend to think of them in terms of painting, for a multitude of reasons that have a lot to do with the challenge of representation these days.
But they also have other associations that interest me, the most obvious being the fact that they begin life on the computer, and for all the low tech processing that follows their design, that link remains obvious and, in combination with the way they’re built, important. They combine simple but time consuming manual techniques with high tech design processes that result in what I’ve come to think of as a type of modern primitive; objects that testify to the persisitence of the personal in a world re-invented by technology and its aesthetics. The experience at their heart is not rooted in the technology but it is changed when seen through its lens.
If you are interested in any of them or have any questions please let me know.

At one point I toyed with the idea of making the sculptures availaible in kit form.  A sort of Airfix meets origami. I made a few kits and gifted them to friends and family but it has not escaped my notice that the kits remain tucked under beds gathering dust.  My excitement at the idea and their enthusiasm to build withered in the light of the complexity and length of the process. Anyway, here are a couple of the retro box covers I made for the kits. 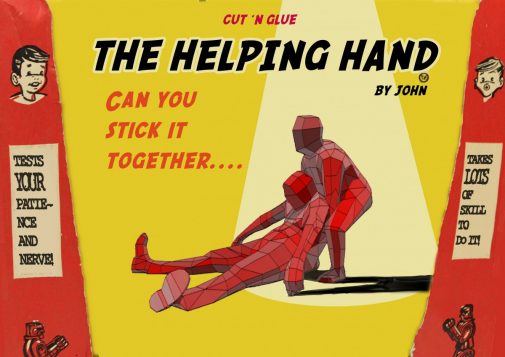 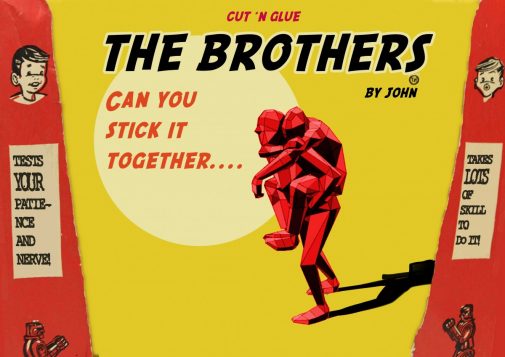 The box cover for the second sculptures kit I made

A note on technique

The technique used to build these is my own confection, combining
pattern making, plotting, and injection moulding. Each sculpture in an edition is handmade and finished with a variety of paints, pigments, and waxes that are applied as
if to a canvas.